CSSConf is a conference dedicated to the designers, developers and engineers who build the world’s most engaging user interfaces. The presenters push the boundaries of what is possible — talking about the latest technologies, cutting edge techniques, and tools.

CSSConf 2016 takes the show on the road anew, bringing two days of talks from experts around the community to Boston!

Part of the international CSSconf family

Since the first CSSconf US in 2013, the CSSconf family has expanded around the globe. All CSSconf organizer teams share the vision of an international, diverse and creative CSS community, for which the CSSconf series offers a platform to meet, hack, share knowledge and build friendships. 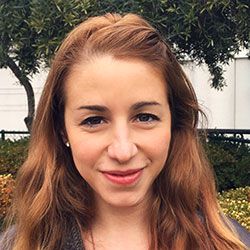 Creativity in Programming for Fun and Profit 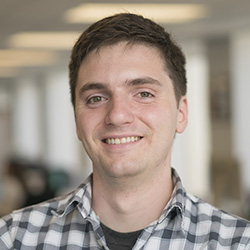 No Bugs in Sight 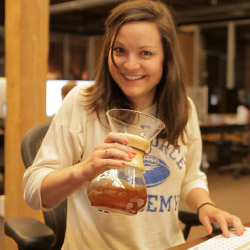 Nativize Is the New Normalize 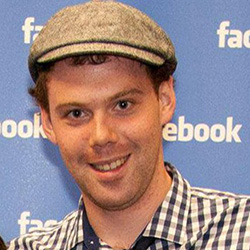 >> CLAUDINA: I wish we could cue Prince controversy here, and the segue into the inside the actors studio chat. We have a bunch of questions for you. How do you feel after your controversial talk?
>> PETE: Everyone seems really nice.
>> CLAUDINA: You're still on stage. All right. We have a few texts from folks. Here. So one thing was oh. Sorry. How can you have feature detection and still adhere to component based styling?
>> PETE: We generally would I know this is bad but Facebook does a lot of user and I don't know, developing in desktop with Flexbox I haven't had to do that much feature detection. I'm targeting evergreen browsers at this point. This is a little bit more experimental.
But, yeah, if you really need to use like modernize or one of these things, you can use your regular CSS techniques. You just don't need to use style sheets for all of your layout. Like a lot of times just trying to line up like two or three boxes and I don't want to bounce between style sheet and my JS code.
>> CLAUDINA: To follow that up, what happens if your JavaScript breaks and your markup isn't semantic and you're on a slow network connection or someone's trying to use your app from a place where 3G or 2G is the norm?
>> PETE: There's a couple things there. First of all, just because you're using this technique doesn't mean your markup aren't going to be semantic. If you think about CSS and the browser as a render target and you have whatever abstraction you can dream of that eventual renders down to the same result, I think it you don't have to accept that you're going to have semantic markup. You can use the same tags and hierarchy. In terms of if the JavaScript breaks, this is a little more of a JS framework question. React supports server side rendering where you can render out a page from the server, push it down, and then when the JavaScript and the client kicks in it will take over that markup and attach event listeners and stuff like that.
So I don't know. There like it does work, and that's the only answer.
>> CLAUDINA: So take care to make sure you can run it on the server. How does Facebook deal with it, Internet for all and accessible all over the world?
>> PETE: I don't work for Facebook anymore. I don't speak for Facebook. Facebook renders the interactive parts, the parts that need with JavaScript and still does a lot of server side rendering and they're exploring a bunch of ways to explore how the server side rendering was done. But it was that way where I was there.
>> CLAUDINA: How about React components and Web components where CSS is part of it?
>> PETE: I don't really like Web components.
>> CLAUDINA: Why don't you like weapon components?
>> PETE: This is I think the style encapsulation is cool. I think what we've been promised from the kind of shadow DOM spec of like being able to customize a select box. Awesome. Really excited about that. Five years later we still don't have that. I don't think the way that components communicate when it is particularly good. I don't know. Yeah. That's about it.
>> CLAUDINA: So my last question, how do you see like the sort of philosophies of React making their way into other frameworks or other basically like not being totally married to the React system. Do you see that happen something like flowing into other JS frameworks and other ways that we think about the Web? But it possible to do that in a way where we don't give the philosophy of Web for all. The CSS, boom, I've done it. The distinction, I'm making an app with this use case. A totally different use case than your document. But do you see any of that design philosophy?
>> PETE: Well, there's a lot to dive into there. The first thing is like I kind of trash on the, you know, trying to shoe horn this model as developer documents into developing apps. I have seen what the consumer startup world is doing, and the consumer tech wobbled. Web can't deliver the experiences we want, we're going to shift platforms and now people have to download a binary before they can use the app. It's got to be signed by Apple. And you have to talk to them before pushing an update. And that sucks. And it's less democratic and it's a lot harder for some kid to just open up Web inspector and start writing code. I think that movement's pretty bad and I think that we need to look critically at our abstractions and say, hey, it's 2016. The fundamental building block of every social app is this component called UI table view on iOS. It's like photoing that central and sticky headers. You can't build that on the Web. That's been the most important component for a long time on native apps. So, you know, I think that if we can figure out a way to kind of give framework developers the abstractions that they need to build kind of performant applications. The Web manifesto seemed to be going the right direction. I think if we can give everybody WebGL and share parallelism and maybe a text rendering engine, we would open the door for a lot of cool stuff.
I think I went off on a tangent. I don't know if I answered the question.
>> CLAUDINA: It's all right. I think our other speaker is going to want to speak anyway. So that'll be a nice way to end.
>> PETE: Cool.
>> CLAUDINA: Thank you so much.
>> PETE: Thank you, guys. 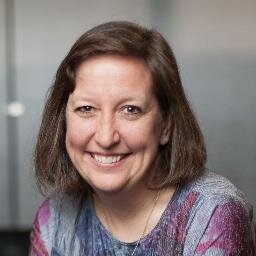 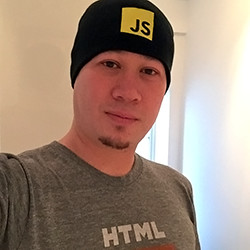 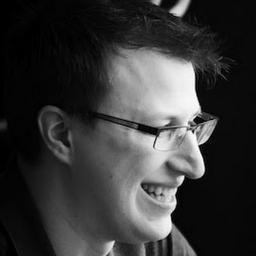 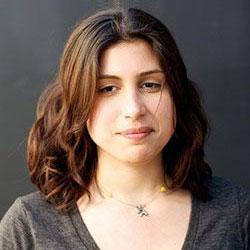 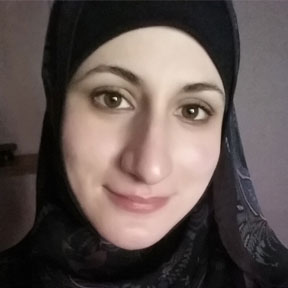 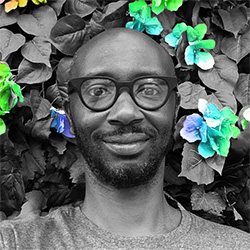 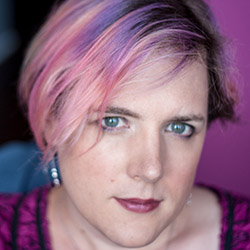 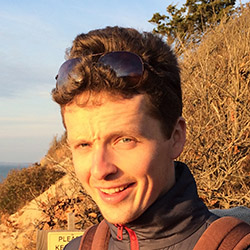 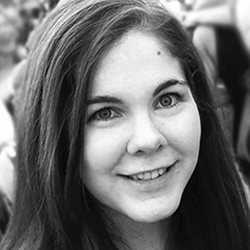 It's Time To Ditch The Grid System 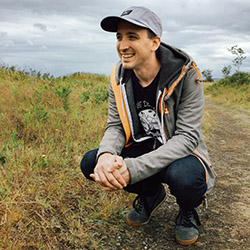 Bauhaus in the Browser 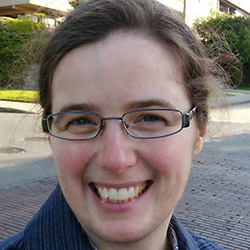 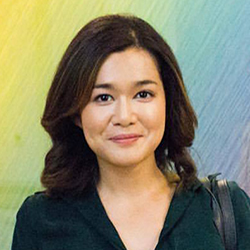 Coding is a Privilege

We had such a good time at Caroline's in 2015 that we're continuing the tradition at Laugh Boston ! Opened in 2013, this state of the art standup comedy theatre will be our home in Boston's Seaport district, footsteps from downtown.

As part of our commitment to accessibility, we're bringing real-time transcription ( CART ) back to CSSConf! We'll be working with White Coat Captioning to provide a live feed of every word of each talk.

Real-time transcription of talks enhances the CSSConf experience for everyone, whether they're a person with a disability, a non-native speaker, or someone who just wants to follow along with the talks, but gets distracted looking at one of the speaker's links!

We learned very quickly that we couldn't match the level of great food that's within walking distance of our conference venue, so we dropped the cold-cuts and mini-plates in favor of an hour-and-a-half block for you to head out to some place close by with friends old and new!

Here's a non-exhaustive list of ideas, but explore the neighborhood to your heart's (and stomach's) content. Just don't go to the same place as everyone else! All are within about a half-mile of Laugh Boston, and should be able to get you fed and on your way in time.

We are constantly seeking ways to make the web development community broader and more inclusive, and our Diversity Scholarship program, which covers a full CSSConf ticket as well as travel and hotel stay in Boston, is an important part of that effort. The scholarship is open to people who self-identify as part of any group that's under-represented in technology. We invite you to learn more . The application period for the 2016 conference has closed.

If you want to help us extend the reach of this program, you can get the word out to groups and people who'd be interested in applying and attending, or your company can sponsor additional scholarships .

CSSConf 2016 is a great opportunity to meet and get to know hundreds of the world's top CSS and front-end developers. Whether you're looking to hire developers, promote your product, or just give back to the community, this is the place to be. Get in touch with us to get involved.

We believe that everyone deserves a thoroughly pleasant conference experience, regardless of who they are. We adhere to the Bocoup Code of Conduct and expect that all of our speakers, attendees, sponsors, and volunteers will do the same.